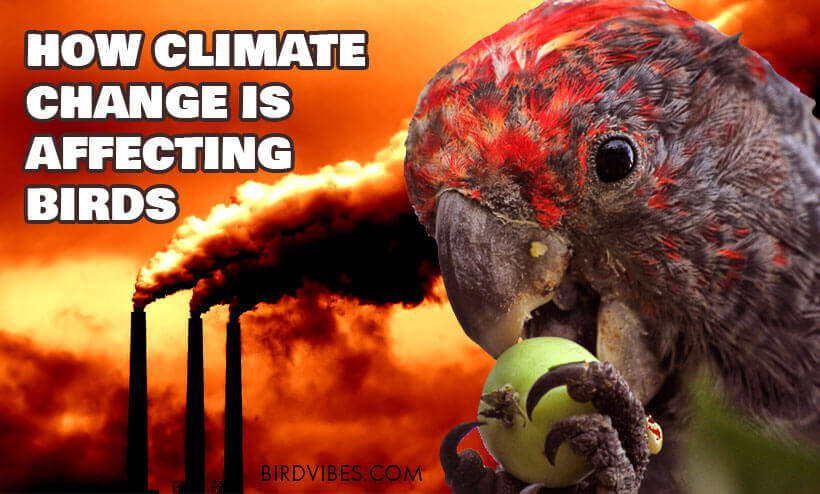 Published in the journal Trends in Ecology and Environment, recent research suggested that the constantly changing environment may cause animals and birds to ‘shapeshift’ to adapt to climate change.

According to bird researcher Sara Ryding, “Climate change is not only a human problem; animals have to adapt to it as well. Some “warm-blooded” animals are shapeshifting. They are getting larger beaks, legs, and ears to better regulate their body temperatures as the planet gets hotter.”

Among shape-shifters, birds are leading the charge. Several species of Australian parrots have shown, on average, a 4%-10% increase in bill size since 1871. This is positively correlated with the summer temperature each year.

Birds aren’t getting bigger exclusively. Separate researches have shown that migrating birds have been steadily shrinking as global temperatures rise.

How are birds adapting to climate change?

According to research done by Dr. Matthew Symonds, there is a pattern between increased climatic temperatures and an increase in the size of the beaks of parrot species in southern and eastern Australia.

The researchers examined 410 bird skins, collected between 1871 and 2008. They found that 4 of the 5 species examined had measurably bigger beaks now than they had in the 19th Century.

“However, we can’t yet conclusively rule out the effect of other environmental factors, such as changes in habitat or food availability.

Big beaks help to cool down

Big beaks can be used to dissipate excess body heat. Birds can pump blood to their highly vascularized bills, enabling them to lose excess heat when they get hot.

As a consequence, according to research done by Dr. Schraft, beaks can serve as radiators when birds need to cool down. Basically, an equivalent of humans sweating on a hot summer day.

Puffin birds evolved to have large bills to dump extra body heat. Thus so they don’t overheat while flying by the ocean to hunt food for their chicks during the breeding season.

According to a study from the University of Michigan using a four-decade specimen series of 70,716 individuals of 52 North American migratory bird species, scientists demonstrated that increasing annual summer temperature over a 40-year period predicted consistent reductions in body size across these diverse species.

There is evidence to suggest that warming-induced body size reduction is a general response to climate change, and reveal a similarly consistent and unexpected shift in body shape. The warming temperatures caused a decrease in bird’s body size, which in turn caused the increase in wing length.

According to a BCC interview, the scientists aren’t exactly sure why warmer temperatures cause birds to shrink. One theory is that smaller animals are better at cooling off, losing body heat more quickly due to their larger surface-area-to-volume ratios.

According research from the University of Helsinki, climate change is driving species’ distribution towards the poles and mountaintops, resulting in changes to bird communities.

“Climate change is reshaping bird communities so that abundance of southern species increase, while the abundance of northern species is reduced,” says Senior curator Aleksi Lehikoinen from the Finnish Museum of Natural History Luomus, which is part of the University of Helsinki.

“In Finland, wintering bird communities in particular have changed due to the rapid increase in abundance of southern species, such as the tufted duck, the blackbird and the goldfinch. As winters become warmer faster than summers, our winter bird communities will continue to change rapidly also in the future,” Lehikoinen explains.

Though birds are trying to adapt their bodies to overcome challenges presented by global warming, there is not much time for them to adapt.

“It’s high time we recognized that animals also have to adapt to these changes. But this is occurring over a far shorter timescale than would have occurred through most of the evolutionary time”.

“Shapeshifting does not mean that animals are coping with climate change and that all is ‘fine’.

“It just means they are evolving to survive it — but we’re not sure what the other ecological consequences of these changes are, or indeed that all species are capable of changing and surviving.”

There is not much we can help in larger scale of things. Like anything that regards climate change, most of us are just helpless and can’t make much of an impact in an individual scale.

However, birds are doing what they can to adapt and survive the harsh consequences climate change is bringing. Let’s hope that is enough to keep the survival of most bird especies.