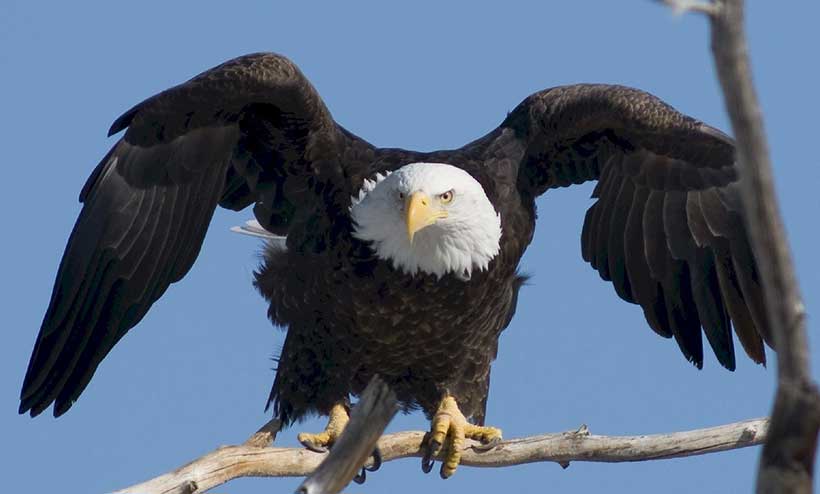 Have you ever wondered why birds spread their wings? Here we can tell you why.

Birds spread their wings to regulate their temperature, reduce the number of parasites in their feathers, and to stretch.

Sunbathing is what is called when a bird spreads its wings. Their feathers are fluffed up and one or both wings are held out from the body.

The spread-wing posture or “sunbathing” is usually done so birds take advantage of the morning sun’s warmth to raise its temperature and help with insulation.

Usually, birds maintain their body temperature at a lower level at night and need the sunlight to divert the chill of the night.

By doing that, birds can keep a warm body temperature without spending as much energy from food, which is essential in cold climates areas.

Birds maintain a higher temperature than mammals to keep their muscles working up and going during the flight.

Birds tend to spread their wings more often depending on the intensity of sunlight and if they are wet.

The spread-wing posture also helps them to dry their wings after wetting. With dry feathers, they can fly easier, without the weight of the water.

Lying in the sun and preening also helps with feather maintenance. The solar heat spread the preen oil around their body, which helps to get rid of lice and other parasites that can carry disease. The heat relocates the parasites, so they can be spotted by the birds and removed.

The presence of lice isn’t just a hygiene issue—it can make it harder for birds to find mates, possibly due to duller plumage or the need for more frequent preening.

Another reason for preening is to distribute oil to their feathers from what is called the preen gland, located at the base of the tail. The compounds of the preen oil are converted into vitamin D. This is beneficial for hormone balance, and organ, skin, and feather health.

Birds also spread their wings to realign their feathers. The easiest way to straighten a feather is to hold it in a stream of hot air. This helps to ease any discomfort associated with molting.

In case you were wondering, molting is the process of shedding old feathers and replacing them with fresh plumage. The whole molting process can take 2 weeks to several years depending on the species.

The process of gradual loss and gain of feathers is usually symmetrical with an equal loss on each side. It usually starts at the head and neck, then down the back, across the breast and thighs, and finally their tail feathers.

The new feathers that emerge are called pinfeathers and will grow in following the same sequence they were lost.

Should I remove pin feathers on my bird?

Do not not remove pin feathers unless they are broken and bleeding.

Why is molting necessary?

Molting is needed because feathers are composed of keratin (the same protein found in hair and fingernails) and they suffer wear due to friction.
Everyday activities like preening, flying, rubbing against surfaces and dust bathing as well as aging are factors that contribute to feather deterioration.

Once deteriorated, damaged feathers can affect flying and insulation.

Molting tends to happen during changing seasons. It can also be triggered by decreasing daylight and cooler temperatures. Molting is also triggered by disease or stress due to chilling, dehydration, or moving to a new flock.

How can you help your bird during molting?

They can also spread their wings as a way to stretch. Like humans, they stretch to relieve tension, refresh their muscles, and improve blood circulation.

Stretching can also demonstrate that the bird is satisfied. The bird might raise both shoulders at the same time. Perhaps the wing and leg on the same side of the body, like chickens usually do. This classic birdy stretch that resembles something from yoga called mantling.

Wing flapping also generally means a bird is either seeking attention or displaying happiness. If your bird is flipping his wings, it often means he is upset by something. If your bird’s wings are drooping, he may be tired or sick.

Finally, if you see a bird spreading its wings, don’t mistake it for an injured bird. It is just trying to enjoy the sun’s warmth for better insulation and feather health.